What’s cooking? Fuel use and how it affects respiratory health 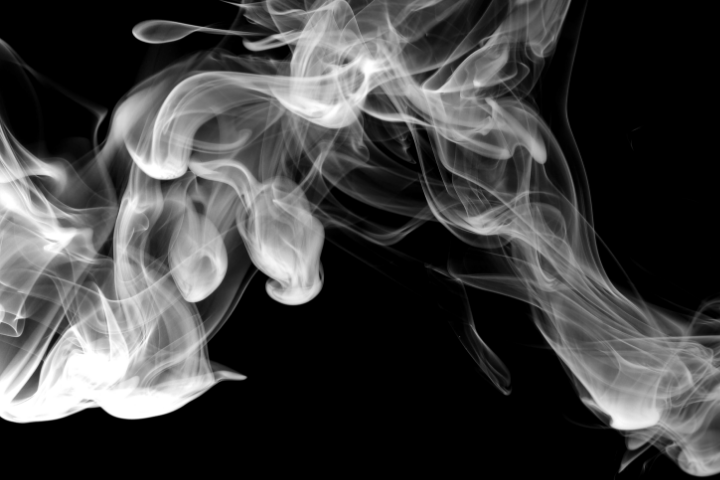 Sandra Ofori and Omosivie Maduka evaluated the association between cooking fuel use and the risk of respiratory disease among rural communities in Nigeria. In this blog, they discuss their research article published on AAS Open Research, covering the potential hazards of cooking fuels on indoor air pollution, and the negative affect this has on respiratory health.

Indoor air pollution (IAP) refers to the amount of chemical, biological and physical contaminants in the air inside a building. Of the various potential air pollutants, the ones that are detrimental to human health include particulate matter (PM), carbon monoxide, nitrogen dioxide (NO2), Sulphur dioxide (SO2) and benzo(a)pyrene, which is a carcinogen.

Particles that are 10 μm in diameter or smaller especially those below 2.5 μm (PM2.5) are especially dangerous because they can enter the lungs through the airways and contribute to cardio-pulmonary disease through various mechanisms.

Different studies from around the world have shown that indoor air pollution is linked to recurring respiratory illness in children that keeps them away from school, as well as frequent exacerbations of asthma; chronic obstructive airway disease in adults; hypertension; cardiovascular disease; and even deaths from ischemic heart disease and stroke.

The degree of social and economic development of a region is closely related to determinants of IAP. For instance, in developing countries, IAP results from the use of biomass fuels such as wood, animal dung and coal, while in industrialized countries, the use of chemicals such as insecticides and formaldehyde increase IAP.

Differing economies and lifestyle adaptations also contribute to IAP. For example, dust and organic particles are more common in rural areas where agricultural activities abound compared to mites or fungal contaminants in closed, unventilated environments,  as is found in urban areas.

In much of the developing world, women cook for the home.  and are usually the caregivers of young children, so they will  have their children around them when they cook. Thus, women and young children are most vulnerable to the effect of indoor air pollution due to their close proximity to home fires.

We carried out this study in rural farming communities in Rivers state. We chose Rivers state because it is one of six states in the Niger-Delta region of Nigeria. The state is made up of 23 local government areas (LGA) with rural LGAs in which farming is a major occupation. The combination of considerable energy poverty and ample availability of wood increased the likelihood that there would be individuals exposed to IAP from biomass fuel use.

We employed a multi-stage sampling method. In the first stage we selected the area of Abua-Odual, which is a predominantly rural LGA with no oil or gas exploratory activities. This was done in order to avoid the confounding effect of significant ambient air pollution.

In the second stage, we chose three communities (Omelema, Emilaghan and Ogbema) out of the nine communities in the LGA. In the final stage, we selected at least 128 households from each of these communities.

In each household, we collected information from one eligible participant who self-identified as the principal cook. We used standard questionnaires to collect demographic, fuel use and respiratory disease data from the participants. We also used  automated equipment (metone areocet 531) to measure indoor air pollutants and a portable peak flow meter to measure the study participants’ peak expiratory flow rates; a crude measure of airway function.

We found that most of the women in these communities used biomass fuel and this use was associated with lower peak expiratory flow rates (this is a surrogate marker of airway obstructive disease). The use of biomass was favored for several reasons. Ample wood from farms was freely available, cheap and familiar, while cleaner energy sources, like liquified petroleum gas,  are expensive and not readily available.

Discussion with some of the participants at a town hall event we held to engage the community revealed other nuanced reasons, such as the preference for the taste of food cooked with biomass fuels, as well as fear of gas explosions, and the unconscious biases people had that the use of gas was to be reserved for special occasions or to only be used by educated people.

Several things can be done to mitigate the adverse effect of IAP. The provision of cleaner cooking fuels, or more energy efficient cooking stoves with expulsive chimney hoods that can more efficiently burn biomass fuels, will reduce the levels of harmful air pollutants released during combustion. Education about the need for properly ventilated kitchens to reduce exposure is also necessary.

These require concerted governmental efforts and campaigns to make cleaner fuels and cooking stoves available to a large portion of the vulnerable population. More importantly, understanding the reasons for the fuel use patterns in these communities through well designed qualitative studies will allow us to implement solutions that will be culturally acceptable and therefore more likely to be effective.