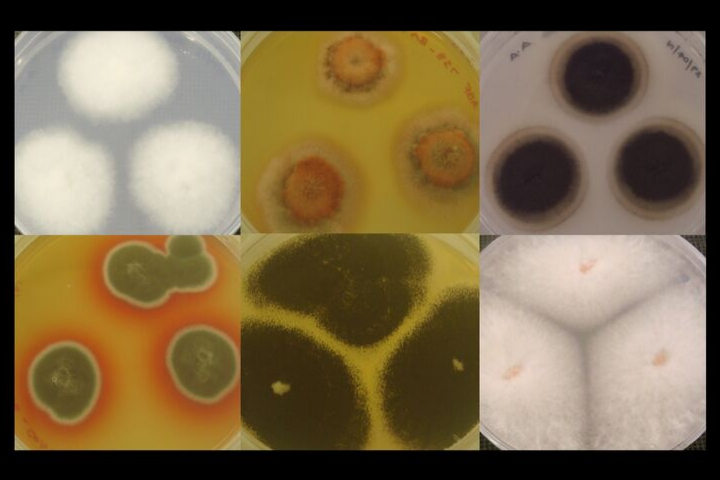 The role of serendipity in the pursuit of antimicrobials. A chance discovery of a fungus growing on a window frame outside researcher’s, Patrick Kobina Arthur, home in Ghana, spurred an ongoing battle to remove the organism eventually leading to an investigation of its potential as a promising new antimicrobial in the fight against pathogens.

Patrick Kobina Arthur shares his discovery and what intrigued him about the fungus.

I came to this topic by way of serendipity. Although I had  seen these types of fungi growing on the  wood all around me, their biochemical prowess never became obvious to me until I found one growing behind my window at home. Concerns over the potential danger to my newborn led me to try a very harsh method to remove it. I used bleach without mixing it with water and that worked fine.

However, my excitement was short-lived as the fungus grew back to its original size. I tried twice more, before I realised that this thing was not going to go away despite soaking the wooden frame with bleach.

I took it to the laboratory and cultured it to find out what special compounds it can produce. As I had recently returned to Ghana after my PhD training in Germany, I was in search of a new research area and this fungus pointed me in its direction.

I was first struck by the fungus’s resilience more than its potential to produce antimicrobial agents. I reasoned that any organism that can survive a bleaching should have interesting biochemical pathways for making potent substances. The idea of fungus as a source of antibiotics has long been documented by Alexander Fleming.

We picked our very first fungus from Cape Coast in Ghana and we then obtained the others in our collection of 190 distinct wood decaying fungi from Accra, Bunso arboretum and Sunyani all in Ghana.

The evidence we have obtained so far in the laboratory support the view that wood decaying fungi are a great source of new and more potent antimicrobial compounds. The work is very tedious and resource intensive but is worth it to reveal all the interesting compounds. I am glad to see that we are making good progress in our endeavor and look forward to sharing our findings with the world.

We expect to find compounds that can combat multi-drug resistant pathogens. Incidentally, the very first wood decaying fungus I picked from my window is also the one we have studied the most and our analysis showed that it is capable of more than 50 bioactive compounds. The difficulty is that the high number of potential active compounds are in very low concentration, making it very difficult to isolate.

The fight against pathogens

We believe that all manner of pathogens including multi-drug resistant pathogens can be targeted with substances from wood decaying fungi. In my laboratory, we use Mycobacterium smegmatis as a model of tuberculosis and we have as many fractions with activity against the wild type as the multidrug resistant strain with limited overlap. We also have evidence of many antifungal, anti-parasitic and anticancer compounds produced by the wood decaying fungi.

The way to utilize this great resource is to develop the means to culture the fungus at large-scale and we are currently developing a Biotechnology Company to accomplish this scale up goal. It is expected that the transition-to-scale work that we are currently doing will help overcome the problem of the limited quantities of the active compounds in the fermentation broth.

The attractiveness of fungal fermentation as means of producing medicines is based on the fact that the process is extremely scalable and environmentally friendly. It also provides the opportunity to add value to agricultural residue along with the added bonus of obtaining several fine chemicals long with the medicinal substances.

The system of the future – at liberty to share all data

My department at the University of Ghana, the department of Biochemistry, Cell and Molecular Biology is a recipient of Wellcome Trust support through the DELTAS programme (WACCBIP) and this makes us eligible to publish in the AAS Open Research platform. I like the post publication review system, which I believe is the system of the future.

It provides a more honest assessment of research data and also provides the liberty to share all stages of datasets with the world and not only the ones that show very advanced results and unique, never-seen before insights. Sharing early stage data has the power to catalyze collaborations that advances science and makes the results more durable. The open peer review process makes the sharing of research data organic and it accentuates the drive of research to do more and encourages researchers to dream bigger. 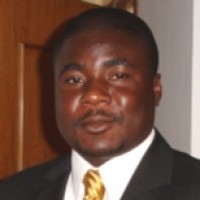