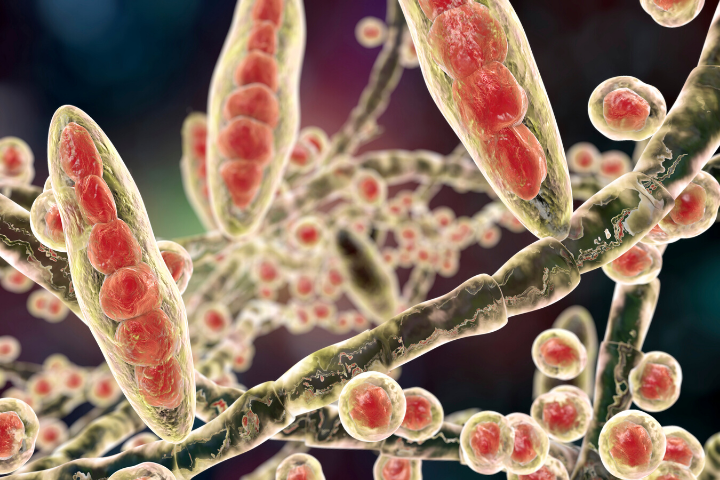 Following on from Patrick Kobina Arthur’s account of his battle to remove a fungus from his window frame, leading to an investigation of its potential as a promising new antimicrobial, we now hear from reviewer, Peter Mbugua Njogu, University of Nairobi. Peter discusses the contribution of fungi to the medical field and why the research article by Kobina et al., is a ‘great contribution to drug discovery and the development of novel antimicrobial compounds’.

A few decades ago, the drug discovery in the anti-infective (any medicine that inhibits the spread of infectious organisms by killing them) therapeutic field was a hugely rewarding enterprise. It is no wonder that pharmaceutical companies were intimately involved in the major antibacterial, antifungal, antiviral, antiprotozoal and anthelminthic drug discoveries in the 20th century.

However, with improved sanitation and consequent reduction in the burden of infectious diseases, the field has become relatively unrewarding in financial terms, and big pharma has been shifting its research and development focus towards non-communicable, lifestyle diseases, such as cardiovascular, rheumatic and neoplastic diseases whose global prevalence is continually increasing. As big pharma exits the anti-infective drug discovery arena, the void has steadily been filled by the biotechnology firms and academic institutions.

The current study may be contextualized from two related historical facts. First, the bioactivity of fungal secondary metabolites has been known for at least 12 centuries and, based on contemporary research, the Fungi Kingdom has provided a major source and/or inspired development of numerous blockbuster drug classes, some of which have been profoundly transformative. These include the antibacterial penicillins and cephalosporins, the antifungal griseofulvin, the immunosuppressants cyclosporin A and myriocin, and the antilipidemic statins.

As big pharma exits the anti-infective drug discovery arena, the void has steadily been filled by the biotechnology firms and academic institutions.

This confirms that fungi have always been a suitable resource for drug discovery including the anti-infectives, and will continually serve this purpose for the foreseeable future, which is why Kobina and his research group sought to investigate wood decaying fungi as a potential source of new anti-infective agents.

Historically, academia has remained the citadel of basic scientific inquiry, generation of knowledge and its transmission to the society for translation. Even in the years gone by, big pharma has always collaboratively exploited academia to drive drug innovation.

The research work by Kobina and the research group is a great contribution to drug discovery and development of novel antimicrobial compounds from African biodiversity.

Previous and current research studies have shown that endophytic fungi are intimately involved in secondary metabolism of their symbiotic hosts as reviewed elsewhere by Kusari et al. There has been a growing view that endophytic fungi are responsible for biosynthesis of several plant-derived bioactive molecules, such as paclitaxel, camptothecin and podophyllotoxin as reported by Aly et al.

The attribution of numerous bioactive natural products isolated from different plant species to endophytic fungi seem to affirm this observation as well as support the assertion that fungi could be an alternative and renewable source of such pharmacologically relevant compounds (see Nisa et al., 2015; Gomez and Luiz, 2018).

In the event that any of the investigated wood-decaying fungi are associated with a biologically active metabolite, creates an exciting possibility for the application of biotechnology including fermentation techniques for scale up and to drive structural modification in situ.

My involvement in the review process for this article was through an invitation by the secretariat of the Africa Academy of Sciences (AAS). I found the research work very exciting and has potential to inspire a paradigm shift in natural-product drug discovery particularly in Africa. A lot of research work in African drug discovery has focused on the botanicals, with very little to show in terms of real research translation by way of patentable outputs in form of pharmaceuticals and other medical products.

The open peer review model on AAS Open Research is revolutionary and is offering unique benefits to both the authors and the reviewers in several ways.

The open peer review model on AAS Open Research is revolutionary and is offering unique benefits to both the authors and the reviewers in several ways. First, it is completely open to the public, allowing scrutiny of the reviewer’s comments. Second, the review process has an in-built reward mechanism to the reviewer in that your peer review report is published online, and given a digital object identifier, which makes it citable in its own right.

Third, the authors are given a lot of latitude to modify the manuscript during the review process as they can submit a new version of their article that address any concerns or shortcomings that were identified by the reviewers. These aspects are absent in the traditional review model. Though new and yet untested, the open peer review model on AAS Open Research has all the hallmarks of being disruptive and may spur greater scientific cross-talk and scrutiny of research ideas before and during publication, thus enriching the ultimate knowledge generated and disseminated for public use.

Want to read more about fungi and drug discovery? You can find out about the role serendipity plays in the pursuit of antimicrobials, in this blog by Patrick Kobina Arthur, University of Ghana, where he shares his research on discovering a hardy fungus and the clinical benefits it can provide. 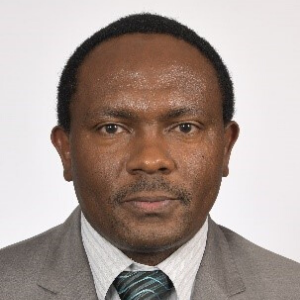 Pharmaceutical Chemistry at the School of Pharmacy, University of Nairobi