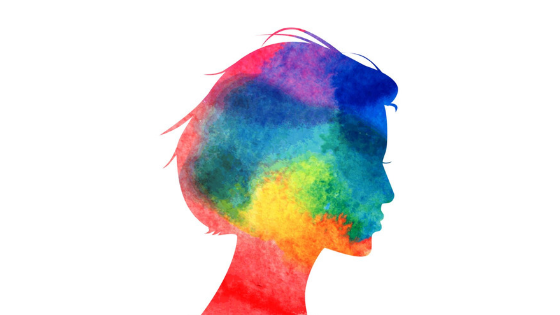 “Being a female scientist right now means being part of a movement determined to empower women, to level the playing field and ensure equal opportunity for all”

From an early age, Professor Catherine Jane Ngila, AAS Fellow in Chemical Sciences, felt discriminated against by her culture just for being a girl. In this blog, she discusses the challenges she has faced and how she is using her platform as an AAS Fellow, to inspire the next generation of women in STEM.

The AAS Fellows are eminent scientists elected based on their publication record, demonstrated innovation, leadership roles and contribution to policy. Fellows provide strategic leadership to shape the AAS’s programmes, engage with governments to enable wise scientific investment on the continent, serve as reviewers for AAS grant applications and as mentors to early career scientists.

I was born in Kenya, Eastern Province in the Kitui County, which meant I went to school in a rural area. Whilst at primary school (1969-1975), I would do all sorts of household chores including walking 5 km to go and fetch water early in the morning before walking again to school. After school, I would run home to fetch firewood and pound maize with my sisters to prepare food for the family. Traditionally, boys were exempted from such chores. So, even from that very early age, I felt discriminated against by my culture just because I was a girl.

Admittedly, modern lifestyle and home electronics have made domestic life easier for us professional women. But in the workplace, I have always felt that my efforts in science would have been more recognised if I were a man. Certainly, in my experience, stereotypes still exist at all levels, even in Higher Education Institutions- experiences like not being appointed in positions I know I deserved and was more than qualified for, only serves to deepen this viewpoint.  So, I have felt that if I was a man, the challenges and disappointments would have been fewer, as I would have been recognized as capable.

You’ve also got the challenge of the juggling act of being both a mother and an academic, as well as the feeling one must comply with the traditional expectations of being a woman in the community. I would like to mentor girls and young women and encourage them into science however I am limited to how much I can do because I have to balance many work and domestic responsibilities. I feel that for girls and women to develop confidence, they need to be supported and encouraged. That kind of support is currently lacking, and I myself know I would be better if there were more support available.

I do recognise however, that there can be an advantage to being among the top women scientists in a country where the majority of the girls and women prefer to pursue careers in non-STEM areas. I personally have found that being a woman in science has, in some cases, given me an advantage, where for example, I have been given special opportunities reserved for women only, such as the National and Regional Awards I have received to date.

One thing I have noticed is that women who work extremely hard in the science fields, are picked for special recognition, particularly in some countries like in South Africa and Botswana, where I have worked from 1998-2006 and 2006-2017, respectively. However, the Kenyan governance systems have yet to recognize women scientists, where instead I see more emphasis being placed on women politicians and generally non-academic fields.

Additionally, it is globally documented that in most careers, women are usually absent at the top management levels. For example, in Kenya, the two-thirds gender rule means that there should not be a composition of more than two-thirds of one gender, which applies more to elective bodies as stipulated by the Kenyan constitution 2010. However, it has been difficult to meet this rule because majority of decision makers are men.

In order to promote more women in science, institutions must recognize the unique obstacles that women face in advancing their careers. These can be addressed through encouraging women and offering opportunities to advance themselves. Furthermore, at a grassroots level, I believe early exposure to scientific facilities, along with more clinics for girls to understudy women working in STEM would make an enormous difference. Indeed, women scientists and engineers need to write books about their experience because girls will undoubtedly identify more with these women. Women in STEM should participate more often in various media opportunities to act as role models and be involved in innovative research that has real life applications for the communities to appreciate their contributions. Setting up a database to show successful women in various STEM careers could also motivate girls to follow this path.

My current research in water quality monitoring and resource management, is very important for women, because water is life for all communities. With women being the managers and caretakers of the homes, they need to have access to quality water to feed their families and protect them from water-based diseases. If women in rural areas can have access to simple gadgets to monitor water pollution and filters to remove these pollutants, this would improve universal health and promote food security. My future research goal is to design innovative filters that can be used in the households by communities that do not have potable water. Women can find motivation to pursue careers in this field since it talks directly to community needs.

I have trained and continue to train masters and doctoral students in this field. As part of capacity building to produce future researcher leaders. I would like to pay special attention to girls in schools in addition to mentorship of young researchers in this research field.

I am privileged to belong to the AAS Fellowship and be counted among individuals who have reached the highest level of excellence in their field of expertise. I aspire to make contributions to the advancement of the science field, on the African continent. I am humbled to be a member of the AAS because I am part of the think tank body for Continental science decision making. This means, I have a voice to contribute to science and technology issues of the continent. One of the advantages of being a fellow of the AAS, is the opportunities that the Academy provides by establishing platforms for recognition of women in science, as well as providing a platform for mentorship of early careers scientists, particularly women.

Being a female scientist right now means being part of a movement determined to empower women, to level the playing field and ensure equal opportunity for all. Not sitting in the sidelines waiting for change to happen but being part of the force that makes it happen.

Women need to be given the opportunities, through affirmative action to increase the critical mass globally. This is important as decision makers must include women. Only then, will we start seeing a mind shift and change in stereotypes. But most importantly because women play key roles in policy formulation that would benefit global communities. 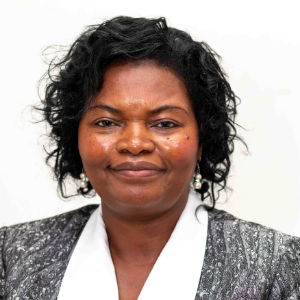