Understanding African genes in the fight against Malaria 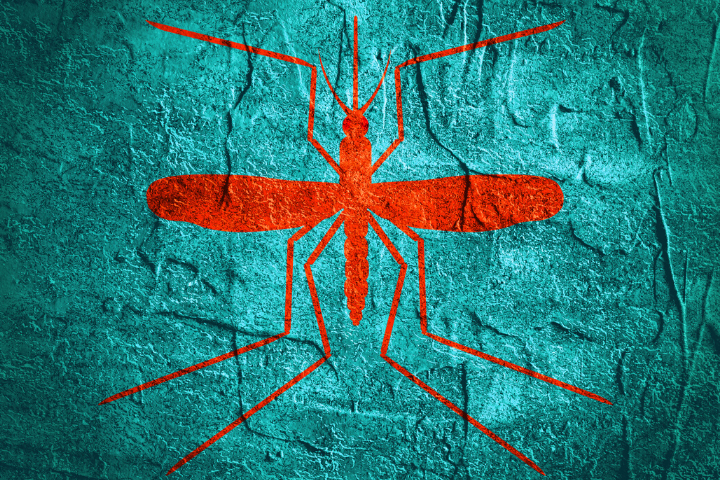 Delesa Damena, is an Ethiopian geneticist at the Developing Excellence in Leadership and Genetics Training for Malaria Elimination in sub-Saharan Africa (DELGEME) research program based in Mali. Delesa is exploring the genomics of malaria resistance. DELGEME is one of the 11 programmes funded through the African Academy of Sciences’ Developing Excellence, Leadership and Training in Science in Africa (DELTAS Africa) programme. DELTAS Africa funds collaborative networks/consortia led by Africa-based scientists to amplify Africa-led development of world-class research and scientific leaders on the continent, while strengthening African institutions.

In this blog, Delesa describes the major challenges of the global malaria eradication efforts, what inspired him as a youngster to pursue a career in scientific research and how a comprehensive understanding of the genetic basis of resistance of severe malaria can potentially inform the development of new treatments and vaccines.

“I am a veterinarian with training in molecular biology and bioinformatics.  While participating in studies of different trans-boundary animal diseases and zoonosis in Ethiopia, I observed a closely similar characteristic between pathogens affecting human and animals and realized that skills and knowledge can be transferred across related fields. Although I did not have previous experience in human health, the understanding in molecular biology and bioinformatics helped me in developing interest to work on malaria. My childhood enemy, a disease which repeatedly affected me when I was in elementary school. It was a mystery to my mother why malaria affected me during exam-period while my classmates were unaffected. She used to buy me antimalarials and traditional herbal medicines before exams, to protect me. The outcome was usually moderate to poor.

I dreamt of the day when no child’s education was disrupted by Malaria nor to see pregnant women and children dying from this disease, and so I pledged to undertake malaria studies and make my mum proud. And whilst, I have to admit this distant dream may perhaps require a life time of efforts and commitments, I always remind myself of a saying in my Oromo culture ‘Tokko Jennee, lama Jenna,’ meaning start with one then you can proceed to two.”

Malaria is caused by infection with protozoan/single celled microscopic parasites belonging to the genus Plasmodium. In Africa, the female Anopheles mosquitoes transmittes the Plasmodium falciparum parasite which causes the deadliest form of malarial disease characterized by severe anaemia, cerebral malaria and death. Although eradicated from the vast part of the globe where it was prevalent, malaria remains a major global public health problem. According to the World Health Organization (WHO), the global tally of malaria was 219 million cases and 435 000 deaths in 2017. Sub-Saharan African countries disproportionately carry the global burden of malaria accounting for 90% and 92% of cases and malaria related deaths, respectively. Children and pregnant women living in malaria endemic regions are the most vulnerable groups. Approximately 70% of deaths due to malaria occur in under-five children.

The major challenges of the global malaria eradication efforts include the emergence of drug resistant parasites, insecticide resistant mosquitoes and lack of effective vaccines.  These challenges can be addressed by malaria research studies that pave ways to the development of new intervention strategies such as new vaccines and therapeutics. Following the recent advances in molecular biology and bioinformatics, genetic and genomic studies of malaria parasites, mosquitoes and human hosts are increasingly becoming critical research areas from which the global malaria eradication program can enormously benefit. Taking this into consideration, the African Academy of Science’s DELTAS Africa programme with the support of Wellcome, the UK’s Department for International Development (DFID) and the African Union Development Agency (AUDA-NEPAD), has been providing advanced training to young African scientists through its DELGEME program in the area of molecular biology and bioinformatics. I am one of those who are privileged to be part of this program.

In search of the holy grail

“As an early career scientist, I was privileged to join DELGEME PhD program and started with “one” and hope to proceed to “two”. My project’s title is: “Dissecting the genetic bases of malaria resistance using genome-wide and post genome-wide analyses” under supervision of Prof. Emile Chimusa at the University of Cape Town, South Africa.  With the same project, I won a Newton international PhD transfer scheme and got an opportunity to work under supervision of Dr.Gavin Band in Kwiatkowski group, Big Data Institute, University of Oxford, UK for a few months. This helped me to develop further computational skills.

In this project we are trying to address an old research problem, that in communities where everyone is repeatedly infected with P. falciparum, only few children develop severe malaria while the majority of infections are mild. Simply put, little is known about the genetic basis of the natural immunity that confers resistance against severe malaria. A comprehensive understanding of the genetic basis of resistance of severe malaria, can potentially inform the development of new treatments and vaccines. However, the problem is too big; Professor Dominic Kwiatkowski, the founder and Head of Parasites and Microbes Programme and Senior Group Leader, concluded in his review paper on three decades of research, by saying that “…the holy grail of this field is to discover novel molecular pathways for protective immunity (Kwiatkowski, 2005).”

One way of dealing with such big problems, is to breakdown into smaller pieces and try to address it step by step. We, therefore, sought to implement advanced statistical genetic analytic methods on a big wealth of genome-wide dataset generated by the MalariaGEN consortial project to systematically address the problem. We first worked on heritability, a measure of how well differences in people’s genes account for differences in their traits. Instead of trying to identify individual genes, we focused on aggregating coordinated effects of several genes (polygenic effects). We estimated the number of malaria protective trait that is attributable to genetic variation among individuals using a strategy which is commonly termed as Single Nucleotide Polymorphism (SNP) heritability analysis. We then partitioned the polygenic effects into smaller genome categories such as chromosomes, cell-types and genome regions to provide clues about where in the genome these effects are concentrated.

In our recent works, we showed that gene-sets and pathways related to the biology of red blood cells played a vital role in conferring protection against severe malaria. Furthermore, from host-parasite interaction, our group prioritized two proteins that can potentially be targeted for vaccine/drug development.  We strongly believe that malaria can be defeated if we comprehensively understand the entire process of disease development (pathogenesis) and protections at systems biology levels and use this information to systematically devise better intervention approaches. 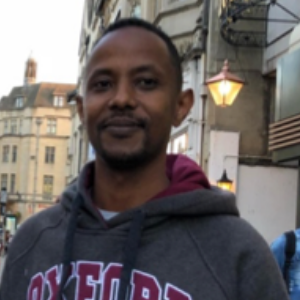