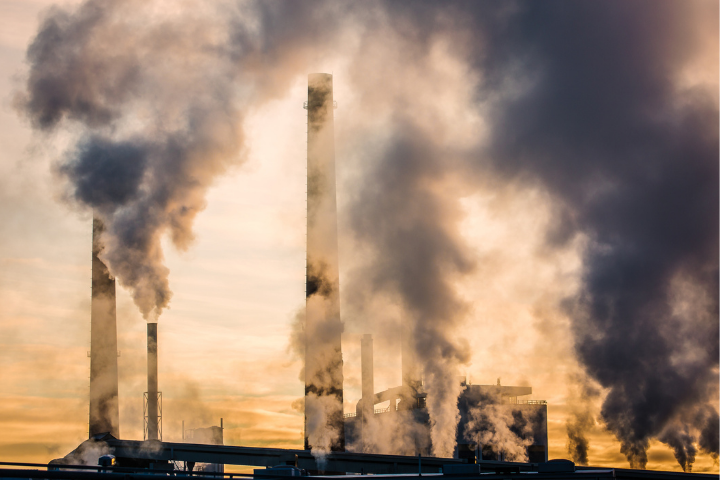 Gift Mehlana is a Lecturer in the Department of Chemical Technology at Midlands State University in Zimbabwe. Mehlana is also a fellow of the Future Leaders – African Independent Research (FLAIR) programme, which supports talented early-career African researchers who have the potential to become leaders in their field. The FLAIR programme is implemented through the AESA Platform. AESA (The Alliance for Accelerating Excellence in Science in Africa) is a funding, agenda-setting, programme management initiative of the African Academy of Sciences (AAS), the African Union Development Agency (AUDA-NEPAD), founding and funding global partners, and through a resolution of the summit of African Union Heads of Governments. FLAIR is supported by the Royal Society through the Global Challenges Research Fund (GCRF).

Mehlana is leading a research group that focus on the development of novel porous materials for capturing waste carbon dioxide emitted from industrial activities. In this blog, he explains the motivation behind this research and how the captured gas is converted to provide energy for various applications in the chemical industry.

I want to tackle global challenges, and the increase of carbon dioxide concentrations in the atmosphere is a topical issue, which requires scientists like myself to provide solutions. Africa has been hit the hardest by climate change, so it is imperative that as African scientists we contribute towards developing technologies that can fight climate change and global warming.

This drove me to develop new technologies for carbon dioxide capture and chemical conversion of resources for industrial and public use. In this work, I explore porous materials called metal-organic frameworks, which have the capacity to capture carbon dioxide and then convert the waste gas into raw materials for the chemical industry.

We have adopted two approaches that are efficient in converting carbon dioxide to methanol or formic acid. This involves the use of chemical and biological catalysts (materials able to speed up the rate of reaction without being consumed or altered during the process). We chose adaptable materials that easily allow liquid and air to pass through them because they can be easily fine-tuned to achieve desirable properties. Furthermore, these materials offer a large surface area comparable to the size of a football pitch for carbon dioxide capture and catalytic conversion to formic acid or methanol. Formic acid can be used as a hydrogen storage carrier and used in many industrial processes as a starting raw material for manufacturing a wide range of products.

My project could help with developmental problems faced by populations living in sub-Saharan Africa by reducing carbon dioxide emissions from the electric power industries and cement production. Carbon dioxide is collected from traditional carbon fuel technologies (e.g.  coal/gas fired power stations, the cement industry), these are common in developing nations which are not able to invest in next-generation power production.

Methanol is immensely attractive to emerging economies since it can be blended with gasoline to improve air quality, used to make other clean-burning fuels, and used with existing fuel distribution infrastructure. Meanwhile, the production of formic acid from the conversion of carbon dioxide is expected to boost the economic activities in Africa as it has wide range of applications in the chemical industry. Therefore, we’re not only addressing global environmental concerns, but could also provide raw materials for the chemical industry.

Our preliminary results show that porous materials made functional with our newly synthesised catalysts made from the elements, ruthenium and palladium, were able to capture and convert carbon dioxide to formic acid, and did so at a higher rate than other catalysts tested. The development of these new catalysts opens avenues to alternative pathways for converting carbon dioxide to formic under favourable conditions. The current conditions used in the conversion of formic acid make use of extreme reaction conditions. The materials we have developed in our laboratory can be easily recovered after catalysis and can be used for several cycles without significant loss in catalytic activity.

We’ve demonstrated that it is possible to capture and convert carbon dioxide to chemicals that can be used as raw materials. We need to implement this on a large scale to determine its suitability in reducing the amount of carbon dioxide that is emitted into the atmosphere from power plants and cement manufacturing companies. Furthermore, these results demonstrate that carbon dioxide can be recycled, and if this technology is implemented in power plants and other industries it could be possible to achieve zero emissions of carbon to the environment.

Based on my own experience, I think the FLAIR programme can help early career researchers to develop their research and become independent. As a FLAIR fellow, I was able to set up a research group and acquire some critical equipment needed for my project, thanks to the Royal Society and African Academy of Science (AAS).

The AAS mentorship program has also been helpful, as the programme assisted me in shaping my career path and managing my research group. The Royal Society provided further funding to my research which allows me to carry out collaborative work with a researcher based at the University of Cambridge. This has broadened my network of international collaborators.

Africa needs home grown talent to solve their own problems in a scientific manner. I think postdoctoral training in Africa is imperative as it nurtures the next generation of scientists on the continent that will proffer solutions to the challenges faced by the African society. Research conducted in Africa can be used to make new policies for the benefit of our continent and the world at large.

As Africans, we need to demonstrate our prowess in carrying out meaningful research that has the potential to change the world in a positive way. In this regard, it is of paramount importance that African governments invest in research.