Genomics is the key to understanding tuberculosis in Africa 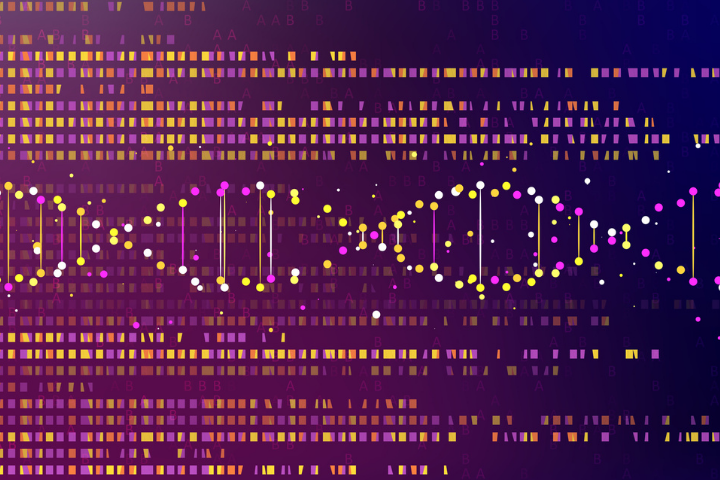 Kidist Bobosha is a Microbiologist and Principal Investigator for the Tuberculosis Genetics Network in Africa (TBGENAfrica) project under the Human Heredity and Health in Africa (H3 Africa) programme. The H3 Africa programme supports population-based studies that use genetic, clinical and epidemiological tools to better understand how the interplay between human genes and the environment influence disease susceptibility, pathogenesis and prevention with the goal of improving the health of African populations. H3 Africa is implemented through the AESA Platform. AESA (Alliance for Accelerating Excellence in Science in Africa) is a funding, agenda-setting, programme management initiative of the African Academy of Sciences (AAS), the African Union Development Agency (AUDA-NEPAD), founding and funding global partners, and through a resolution of the summit of African Union Heads of Governments. H3 Africa is supported by the National Institute of Health (NIH), Wellcome, and African Society of Human Genetics (AfSHG).

In this blog post, Kidist talks about her research with TBGENAfrica, understanding the impact of tuberculosis pathogenesis and pathology, and getting one step closer to eliminating Tuberculosis (TB), one of the world’s deadliest infectious diseases.

TB control in Africa has progressed more slowly than anywhere else in the world in part because it is complicated by HIV-coinfection and the emergence of drug resistance. Only 1 in 10 otherwise healthy individuals with tuberculosis infection develops the clinical disease. Discovering why this is the case will inform the rational design of effective vaccines and allow preventive therapy to be targeted to populations that are at highest risk of disease.

Robust epidemiological/genetic evidence supports a role for host genetic factors in determining susceptibility to TB.  However, only few large-scale genetic association studies that aim to identify genetic variants associated with TB were conducted in African populations, and these have repeatedly failed to identify human susceptibility genes to target for improved TB diagnosis, treatment and preventive strategies.

Studies of the Mycobacterium tuberculosis (MTB) genome have revealed extensive genetic diversity worldwide. One hypothesis is that, since humans are the only reservoir/host for MTB, this diversity has been driven by the need to adapt its fitness to an environment of parallel human diversification as modern humans migrate around the world. Conversely, the great burden of TB on human populations over many thousands of years is likely to be a significant selective force on human evolution, driving co-evolution of host and pathogen. In other words, mutations in MTB that make it successful as a pathogen have been counterbalanced by the selection of genes in humans that make them more resistant to TB.  Thus, studies focusing on the human genome alone do not capture a major part of the TB puzzle: the pathogen. A new approach is required that addresses the co-evolution of host and pathogen.

Co-evolution of host and pathogen

We sought to investigate the variation in human susceptibility to TB, a result of selection pressure exerted on key protective immune factors by the co-evolving TB bacteria. If so, we would predict that this co-evolution has left unique genetic signatures that will identify these fundamental pathways and lead to novel insights to enable the elimination of the world’s deadliest infectious disease.

TBGEN is a multi-site project in four African countries (Ethiopia, Sudan, Eritrea and Cameroon). The study is currently collecting 2200 paired samples (sputum and blood sample from the same individual) from people in these countries and apply bioinformatics as well as immunological and microbiological tools/techniques to understand the co-evolution of MTB and host and how they lead to diverse clinical outcomes.

The project seeks to better understand relevant social and ethical issues related to genomic research in African communities. Based on our previous experience, and that of others, valid concerns, as well as perceived threats, can create a stigma and scepticism of genomics research because of its real and perceived potential to exploit poor communities.

Community consultation and involvement is essential; determining the “who?” and the “how” is challenging in settings with limited resources and where there is little or no familiarity with research. High-quality ethical review based on international ethics principles is required, but will be complicated by the incongruence of socio-cultural context and national policy and regulations (where they exist) in the different participating countries.

Sample exportation, bio-banking, benefit-sharing and long-term capacity development in the participating African institutions must be addressed. The design of the project and the collective pool of expertise working in four different countries in Africa can be leveraged to test and develop best-practice standards in the ethical conduct of genomic research in resource-limited settings. In parallel, the ethics of research partnerships between the global “North” and “South” as well as between “South” and “South” must be accounted for and incorporated into this work.

Despite the great genetic diversity in Africa, only limited genomic studies have been conducted on the continent. One of the reasons for this is the lack of specialty-trained scientists to lead such initiatives. To help address this limitation, TBGEN is supporting post-graduate and post-doctoral students (PGPD) and scientists to conduct the studies, contributing to their training and to develop them as independent scientists who will provide scientific leadership for the continent. Post-graduate and post-doctoral scientists have been successfully recruited and participant recruitment has started. To-date, more than 300 paired samples have been collected. Whole-genome sequencing conducted on a few selected MTB isolates has enabled us to evaluate the workflow in our setting and analysis pipeline.

The genomic/bioinformatics capacity at AHRI, a collaborating institution, was minimal to non-existent prior to the award of this grant. Over time, a vibrant and productive team has been built. A meeting of the Scientific Advisory Board (SAB) in January 2020 helped bring all stakeholders together to discuss their work and benefit from feedback from peers and renowned scientists. The current COVID-19 pandemic has impacted our work significantly by limiting our mobility, but we continue to work as a team in this uncertain time.

Building NGS facilities and bioinformatics research initiatives through TBGEN Africa has created an innovative approach for setting up a research platform, capacity building, and technology transfer that can meet national requirements and are scalable to the regional level. Successful NGS-based sequencing and bioinformatics analysis of MTB isolates has demonstrated the potential for TBGEN to contribute to TB genomics research through comparative genomics, drug resistance patterns, transmission dynamics of MTB variants, and the potential of the technology as a diagnostic tool.

Paired sample analysis for host-pathogen genomes will compare genetic variations in host and bacterial genomes across different human and bacterial populations. This strategy will provide a unique opportunity to explore host-pathogen co-evolution in unprecedented detail at the genome-to-genome level.

The project will also generate evolutionary analysis and catalogues of variants of potential interest in disease susceptibility through exome sequencing of human genomes. Finally, this project will build research expertise and leadership in genomic medicine through sustainable investment and connect emerging and established African institutions with support from experienced international collaborators.

Tuberculosis control has been slow to progress in Africa. However, with our focus on the co-evolution between the host and pathogen, alongside the advances we’re making and working on in genomics/bioinformatics research, combined with our work on engaging and raising awareness about genomics research among African communities, I am optimistic that these gains in momentum will swiftly get us closer to solving the TB puzzle. 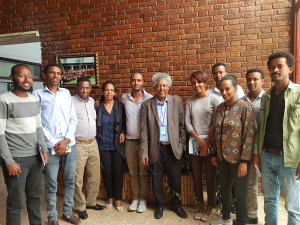