The judges have deliberated, and the winners have been chosen. Learn more about the winning entries for the AAS Open Research Photography Competition.

Last week, judges from AAS and F1000Research reviewed over 30 submissions for the AAS Open Research Photography Competition, awarding points to each submission for the aesthetics of the photograph as well as how well the image represented the individual research story.

After calculating the scores for each photograph, the winners have now been decided.

We would like to take this opportunity to thank everyone who entered the AAS Open Research Photography Competition. Overall, the judges were very impressed with the quality of submissions and the results were very tight!

We would also like to thank the judges including Charles M. Njagi and Juliette Matheu-Asego representing AAS, as well as Rebecca Lawrence and Hannah Wilson from F1000Research.

A field-caught female mosquito ready to be mother of 200–300 terrible descendants. This mosquito belongs to a complex of species named Culex pipiens s.l. which supports diseases like West Nile Virus in the Americas and was linked to the Zika outbreak by Brazilian researchers. Just to note that Cape Verde archipelago faced also in 2015 a Zika outbreak. This specimen was caught during vector surveillance after reporting cases of malaria at the end of 2019 in Cape Verde.

Me and my team of entomologists are taking the first insights of a detailed distribution, behaviour and other bio-ecological data of Culex pipiens and their hybrids in wide research through the country as for other mosquitoes’ species.

When reviewing this photograph, the judges commented on the quality of the image, explaining how it inspires curiosity and draws the eye towards the eggs inside the mosquito. The caption was also praised as highlighting the art of impactful storytelling in research in this area, emphasising the worldwide implications research of this nature can have.

All in all, the judges concluded that this was a fantastic photograph, telling a great story visually and really highlighting the impact of research in Africa.

“I was so impressed with the incredibly high quality of the images submitted to the AAS photography competition, both artistically and in terms of the thinking and stories behind those images. It was also great to see the breadth of research topics of specific relevance to Africa. It made for a tough decision but the winner and runners-up really excelled at both visual presentation and the strength of the story that they each tell,” said Rebecca Lawrence.

“The shortlisted entries represented a wide range of thematic areas of scientific research on the African continent, and the winning entries demonstrated a great deal of creativity and commitment to visual storytelling. It is evident that African scientists are aware of the power of photography in communicating their research pursuits,” Charles M. Njagi added.

I am Kwasi Adu Obirikorang, a Lecturer with the Department of Fisheries and Watershed Management, KNUST, Ghana. The photo is of a fisherman casting his net on the Lake Bosomtwe in the Ashanti Region of the country.

The quality of this submission was initially observed as the action has been expertly captured with a dynamic quality. The judges commented on the impressive composition of the photograph, before discussing on how well the image highlights the importance of research into fisheries and watershed management in Ghana.

“We know the role African scientists play in providing knowledge and informing thinking, policy and practice to improve lives. The photography competition visually shows the ‘how’ of science. It tells us in not so many words what scientists do to arrive at the conclusions they make. I was impressed by the quality of photos submitted, the captivating captions of the images and how science really exists at both the micro and macro level. Congratulations to the winners and to all who submitted photos that we will use to tell the story of science in Africa,” said Juliette Matheu-Asego.

Plastic mulch in Tomato Production on a Farm in Nigeria, West Africa

The plastic mulch controls weed, eliminates erosion and reduces the effects (evaporation) of light rays from the sun thus enhancing efficiency in water use and creating e a micro-climate for soil ecology.

The symmetry of this photograph particularly appealed to the judges with this image, which was further praised for its impressive technical composition. The caption described the researchers’ approach to combatting issues with food production and the judges commented on how well the image depicted the story of research into efficient tomato production in a clear and understandable way.

“I was delighted to see the variety and quality of submissions received for the first AAS Open Research photography competition. Every submission tells a story and I look forward to seeing these images used across the platform and our social media channels. Our winners give a glimpse of the breadth of research being conducted across the continent and I’m looking forward to hearing more from these researchers about their work,” Hannah Wilson concluded.

Watch this space as we invite each winner to dive deeper into the science behind their photographs in our upcoming blog series, or keep an eye on the dedicated hashtag, #AASphoto, for future announcements. 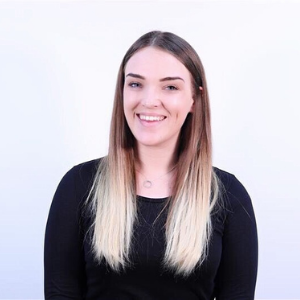