A peek behind the photograph: mosquitoes and vector-borne disease research in Cape Verde 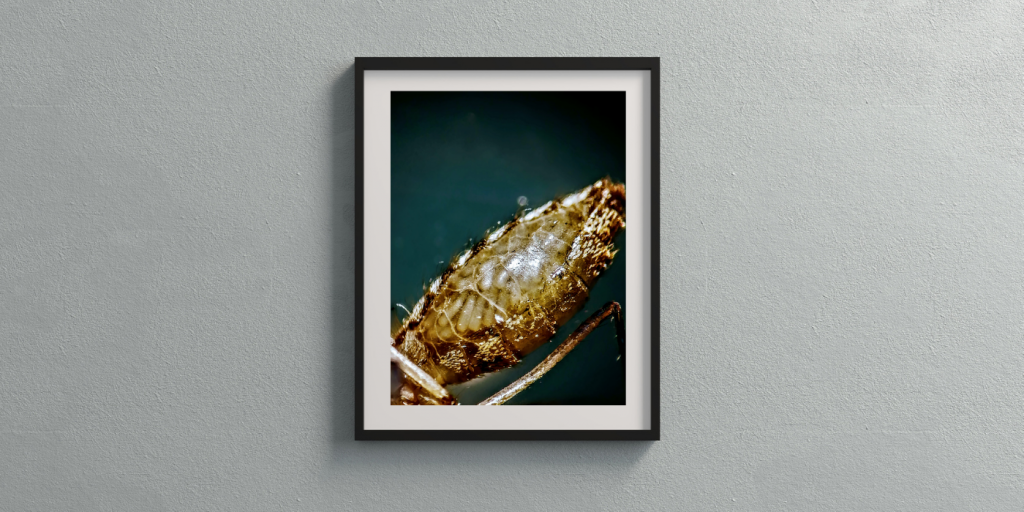 Over the next few blog posts in this series, we will be taking a closer look at the AAS Open Research Photography Competition’s winning entries, further exploring the stories of research behind each image.

For this first Q&A, we spoke to the winner, Adéritow Gonçalves from the National Institute of Public Health (NIPH) in Cape Verde about his research into mosquitoes and vector-borne diseases behind the photograph of the Gravid female, Culex pipiens s.l.

A field-caught female mosquito ready to be mother of 200–300 terrible descendants. This mosquito belongs to a complex of species named Culex pipiens s.l. which supports diseases like West Nile Virus in the Americas and was linked to the Zika outbreak by Brazilian researchers. Just to note that Cape Verde archipelago faced also in 2015 a Zika outbreak. This specimen was caught during vector surveillance after reporting cases of malaria at the end of 2019 in Cape Verde.

Me and my team of entomologists are taking the first insights of a detailed distribution, behaviour and other bio-ecological data of Culex pipiens and their hybrids in wide research through the country as for other mosquitoes’ species.

Adéritow Gonçalves graduated in Pharmaceutical Sciences from the University of Jean Piaget (Cape Verde) before assuming a researcher/technician position in medical and molecular entomology at the Laboratory of Medical Entomology at the NIPH.

Could you describe the research you are involved with?

My research is based on medical and molecular entomology, particularly focused on mosquitoes, with malariology and arbovirology as minor areas.

Medical and molecular entomology grew as a passion. As I finished my studies, I moved to the NIPH where my colleagues and I support the Ministry of Health in acting against vector-borne diseases. At NIPH, we develop research on arbovirus transmitted by mosquitoes; immunity of humans to Plasmodium; spatio-temporal distribution of mosquito species; insecticide resistance phenotyping and genotyping; mosquito resting and blood feeding behaviour; and related studies to clarify mosquito population dynamics.

I am also engaged as a field and lab lead researcher for the Target Malaria project, a not-for-profit research consortium, for which the goal is to develop and share technology for malaria control. The consortium includes collaborators from Africa, Europe and North America working on genetic technology as a supplement to current malaria efforts.

Malaria remains a huge problem. It is important to note that according to the World Malaria Report 2020, 229 million malaria cases and 409 000 malaria deaths were reported globally in 2019, and the WHO African Region accounted for 94% of those cases and deaths. Just in the WHO African Region, 12 million of 33 million pregnant women were reported to be exposed to malaria parasites, which resulted in 822 000 children with low weight at birth.

“Despite considerable malaria efforts in Africa, through preventive measures such as indoor residual spraying, seasonal malaria chemoprevention, and, especially, by intermittent preventive treatment in pregnancy and insecticide-treated mosquito nets, the gains appeared to have stalled since 2014.”

It is a matter of important burden on the economy but is primarily a matter of people’s health being affected by a parasite described since 1880, with mosquito implication studied since 1897. After 140 years, I believe that it is possible to do more and do better through innovative tools.

Therefore, as a Cape Verde team for the Target Malaria project, we aim to identify sampling tools and regimes for baseline studies, working to establish a colony of Anopheles arabiensis mosquitoes to address important questions surrounding malaria transmission and support genetic technology development.

How did you become interested in photography – is it a hobby of yours?

“Photography is a way to paralyze time to appreciate and to understand what surrounds us.”

Hence, photography emerges as an opportunity to look closer to nature, society, people and things. If I have a camera and something interests me and, mostly, intrigues me, I want to register it.

Where was this photo taken?

In the Laboratory of Medical Entomology at the National Institute of Public Health in Cape Verde. The specimen in the photo (a gravid female mosquito) was caught during vector surveillance targeting Anopheles arabiensis after reporting cases of malaria at the end of 2019 in the capital city, Praia.

How was this photo taken?

Five key elements were important: a smartphone, a stereomicroscope, curiosity, inspiration, and, last but not least, a good dose of luck.

After fieldwork with adult traps, all mosquitoes are brought to the lab where they are immobilized at -20°C (before paralyzing time in a photo, it is recommended to literally paralyze the mosquito for a decent pose!). Any important data on location of capture, type of adult trap used, sex, stage of blood digestion, etc., are recorded.

Using a stereomicroscope, the blood digestion stage of the mosquito is recorded as a non-blood fed female, freshly fed, semi-gravid or gravid and then the mosquito is preserved for different purposes. In fact, it is not easy to find a female mosquito at this stage of blood digestion (60–72 hours after bite), particularly in the advanced stage of ovaries development, as after blood feeding they pursue shelters with minimal risk to be discovered prior to laying eggs. It was a spot of luck to get one, so to take a photo even with a simple smartphone with details improved by a stereomicroscope, for me was an opportunity to share my passion and mission with my fellows, friends, and now with the world as a manner to inspire science.

Can you explain in detail what is happening in the photo?

In the photo it is possible to see the abdomen of a Culex pipiens s.l. specimen full of eggs (gravid female mosquito) and part of its posterior legs. Within the abdomen it is possible to find hundreds of eggs. Each egg has an elongated shape, is bilaterally symmetrical, pale and its widest part holds the head and the thorax from where the larvae will hatch. Due to oxidation, the eggs turn brown as the female deposits them a hundred or so at a time on the surface of the water where, due to the surface tension, they are held together forming structures known as rafts. Each egg has a protection layer called a ‘corium’ which has important properties such as mechanical protection, resistance to dissection and respiratory gas exchange.

For reproduction, mating between females and males takes place in swarms. During mating, the males deposit sperm in the spermathecae placed on the abdomen of the female – this is enough for the rest of her life. For eggs development, female mosquitoes should preferentially feed on blood. Eventually, by autogeny in some species, this step is absent. Both males and females drink water and feed on fruits and flowers as sugar sources, but only females use blood to nourish the eggs, and for this reason hematophagy is optional. During blood feeding, the female uses its proboscis for piercing and penetration and its saliva which has analgesic, anticoagulant and vasodilator properties. Also, it is from the saliva that the mosquito transmits, for example, viruses, parasites, bacteria and molecules important for pathogen invasion through the skin.

Why is the scene or subject matter interesting?

The specimen in the photo belongs to a complex of species called Culex pipiens s.l. This complex of species of mosquitoes is well distributed in Cape Verde and has a special place in my earlier scientific career. Until 2018, as a graduate student and alumnus, I was a member of the Research Group of Tropical Diseases placed at my university in Cape Verde, which was conducting research on mosquito population monitoring and vector control of Dengue, Zika and Malaria, designing integrated control systems for mosquito control.

As a student in 2014, I received a scholarship in scientific initiation in Brazil at the Entomology Department of the Research Center Aggeu Magalhães – Fundação Oswaldo Cruz (FIOCRUZ). There, I spent 4 months developing a project (mainly bench work) followed by months of bioinformatics analyses and other data analyses related to molecular characterization of the genes Glutathione S-Transferase epsilon 2 (GSTe2) and Cytochrome c Oxidase subunit I (COI) in mosquitoes populations of the complex of species Culex pipiens from Cape Verde.

The gene COI is a useful ‘tool’ for population genetic approach and is used for barcoding of life. The corresponding protein for the gene GSTe2 is one of those insect-specific cytosolic proteins involved in metabolic resistance to organophosphates and organochlorines due to high transcript expression, structural changes (point mutations) and differences in catalytic activity.

Despite the archipelago of Cape Verde facing a Zika epidemic in 2015–2016 with 7.580 notified cases and 18 microcephaly reports, and with Brazilians researchers linking Culex pipiens s.l. mosquitoes to the Zika outbreak in Brazil, this kind of mosquito doesn’t have a well-known role in diseases’ transmission in Cape Verde. It is worth noting that in other countries they transmit parasites like Wuchereria bancrofti, viruses like West Nile Virus, Equine and Japanese Encephalitis.

“Although there is no vector control program targeting specifically this complex of species of mosquitoes in Cape Verde, investigation is crucial, particularly due to climate change and globalization, as a way to have evidence-based decisions where I believe that I can have an important role as a researcher.”

Now, at NIPH, I have been recently working on the spatial distribution of this complex of species over the country, with important results on the presence of Culex quinquefasciatus, Culex pipiens s.s. and their hybrids, which are known to have a different pattern of human-pathogen-vector interaction. To understand those patterns, through ongoing research, we are describing their blood feeding behaviour for the first time, to combat human vector-borne diseases with a One Health approach.

Find out more about the other winning entries for the AAS Open Research Photography Competition: 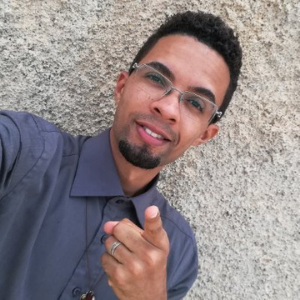