A peek behind the photograph: exploring traditional fisheries in Ghana 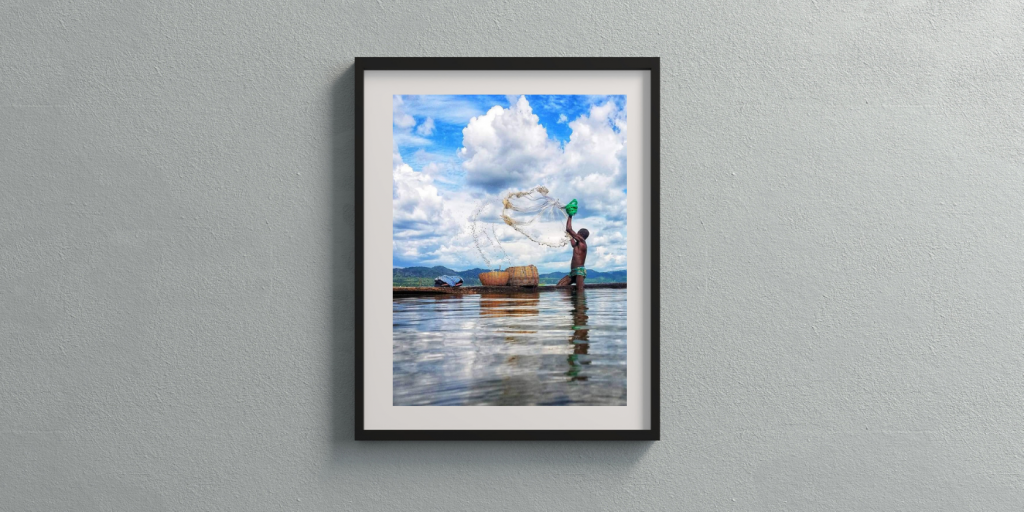 Over the next few blog posts in this series, we will be taking a closer look at the AAS Open Research Photography Competition’s winning entries, further exploring the stories of research behind each image.

For this second Q&A, we spoke to runner up, Kwasi Adu Obirikorang from Kwame Nkrumah University of Science and Technology in Ghana, about his research behind the photograph of the fisherman casting his net over Lake Bosomtwe.

I am Kwasi Adu Obirikorang, a Lecturer with the Department of Fisheries and Watershed Management, KNUST, Ghana. The photo is of a fisherman casting his net on the Lake Bosomtwe in the Ashanti Region of the country.

Kwasi Adu Obirikorang is presently employed as a Lecturer in the Department of Fisheries and Watershed Management at the Kwame Nkrumah University of Science and Technology, with research focused on fish and water.

Could you describe the research you are involved with?

My research focuses on fish and water. Presently, I am working with my students on the invasive potential and the possible ecological impacts of an introduced strain of Nile tilapia into Lake Bosomtwe (where the photo was taken). Our main interest is to investigate how the alien tilapia species will affect the native fish species in the Lake.

I have also published research focussed on fish welfare and health management, including attempts to establish anaesthetic sedation protocols for Nile tilapia using propofol. A summary of my research outputs can be found here >>

How did you become interested in photography – is it a hobby of yours?

I developed an interest in photography about 15 years ago during my undergraduate days at university, where I started taking photos of water bodies during our field trips. The positive reviews I received after posting some of the photos inspired me to put more effort into capturing images.

Where was this photo taken?

This photo was taken from the shores of Lake Bosomtwe. Lake Bosomtwe is a natural inland freshwater meteorite crater lake centrally located in Ghana in the Ashanti Region. The widest section of the lake has a diameter of 8km and a maximum depth of 78m. It represents the only significant natural lake in Ghana and the West African sub-region.

Geologically, the Lake is one of the youngest and well-preserved complex meteorite impact craters on earth. In 2016, UNESCO conferred a biosphere reserve status on the lake. This status is given to ecosystems with plants and animals of unusual scientific and natural interest.

How was this photo taken?

Like most of my photos, this shot was captured with a Samsung Galaxy S6 smartphone. I was working on the shores of the lake when I saw the fisherman preparing to cast the net. With very little time to capture the perfect shot, I activated the ‘burst shots’ function on the phone’s camera just in time to capture a rapid succession of shots when he threw out his cast net. Somewhere in the successive captured images, was this shot.

Can you explain in detail what is happening in the photo?

This is a photo of a native fisher casting his net on Lake Bosomtwe in an attempt to capture fish. The cast net is one of the few traditionally regulated fishing gears allowed for use on the lake. Fishers at young ages are trained to efficiently deploy this gear to ensure maximum efficiency. This experienced fisher located a good spot to cast his net in a perfect spread to capture fish.

Why is the scene or subject matter interesting?

This rather unplanned shot captures Lake Bosomtwe’s unique fishery which still relies on less sophisticated fishing gears and vessels. The natural scenery and the mountains provide the perfect backdrop for the shot.

Find out more about the other winning entries for the AAS Open Research Photography Competition:

>> A peek behind the photograph: mosquitoes and vector-borne disease research in Cape Verde 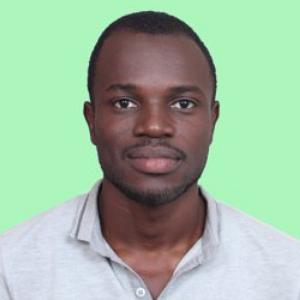